The Group was successful in April 2014 in its bid for the development right to the San Shan Road/Pau Chung Street project from the Urban Renewal Authority, Hong Kong in Ma Tau Kok, Kowloon, Hong Kong. The lot has an area of approximately 12,600 square feet with a permitted total GFA of approximately 111,400 square feet. The completion is expected to be in the first quarter of 2018.

This project was named “93 Pau Chung Street” and launched for pre-sale in September 2016, offering 209 flats in total, including studios, one and two-bedroom units. 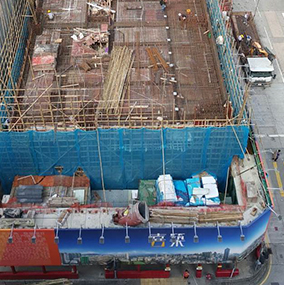