Novotown is an integrated tourism and entertainment project, situated at the heart of Hengqin New Area, Zhuhai City, Guangdong Province of the PRC. The first phase is 80% owned by the Group and 20% owned by its intermediate holding company, LSD. 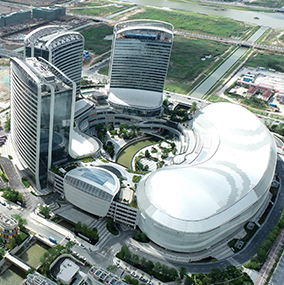 For details, please refer to the official website of Novotown
www.novotown.com.cn